This is my dream rig!! I own an FT-450 which is okay but the Icom 7610 it's in it's own class!! If anyone would like to donate towards the new rig fun it would be most welcome.

Readly App for all your favourite magazines

My family has been long time subscribers of the digital magazine platform which is called Readly, they offer thousands of mainstream magazine titles that my whole family has enjoyed and as a result saved probably thousands of pounds by now (pounds as in UK currency). This month I've found out that they have now added Practical Wireless and Radio User to their line up which has made my day. Now I get all my magazines in one app and for only £7.99 a month which includes access for the account holder and four other users. You can't lose, well unless you really can't do without the paper copy that is! Best of all you can try it free for the first month. They have apps for iOS and Android and you can also read the magazines in the browser on your computer. I tend to do a combination of phone, tablet and laptop depending what I'm doing at the time.

Just a few other titles for example that are available are Hackspace, MagPi, Linux Format, Computer Music, Practical Photoshop, Professional Audio, Street Trucks....... I could go on and on. Easier if you just check it out yourself.

I'm not gaining anything from telling you this, I just want you to be able to enjoy as many magazines as you could possibly read for only £7.99 a month oh and I forgot to say that they have back issues available free too!

Check them out at http://gb.readly.com 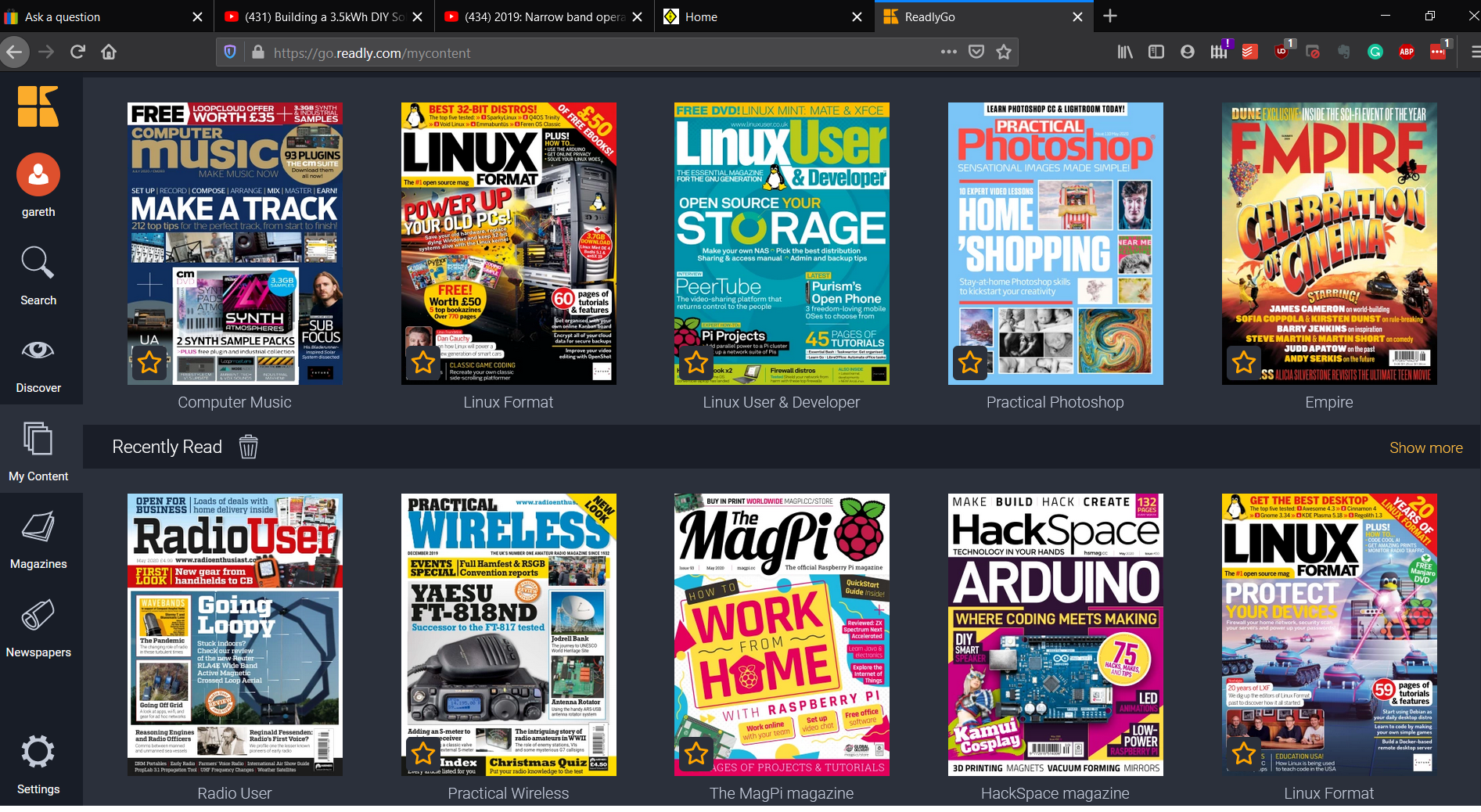 For the first time in my life I've joined an amateur radio club. Not because I've had some ephiny but just because I've never had a "local" club when I've had enough free time to go to a club, my life has been very busy and still is but I really wanted to become a club member and start to expand my radio social circle. My local club to me is the Crawley amateur radio club and during lockdown they are having a 10:30am net on 28.430 ssb on Sunday mornings and there's another meeting via WebEx at 8pm on Wednesday evenings in place of the usual meetings at the clubhouse. It might seem to be a weird time to join a club but I felt that I wanted to help keep the club going with my meager contribution during this time when a lot of people might be inclined to withdraw membership.

I'm thoroughly enjoying it so far although my antenna hasn't performed well enough to take part on the Sunday nets so far. Fingers crossed for this Sunday, I'm hoping that my new loop is going to perform well enough that I can take part. I have a 10m vertical antenna which was rubbish, nil points to Nevada radio. I made a full wave delta loop for last weekends net which worked better on receive but I still wasn't heard. So I have all my fingers and toes crossed for this Sunday (17th May) that I'm going to break through with my much larger loop. I will update tomorrow after the net.

Why not check out CARC at www.carc.org.uk

For my birthday which was a few weeks ago now, my wife treated me to a new antenna from DX Commander, Callum M0MCX. He's seen a huge increase in the number of sales during the lockdown so there have been a few weeks to wait for the order to be shipped out. I was very happy to see the order shipped notification come through yesterday which said that it should arrive by the 25th of May. So in the meantime I'm playing around erecting a large loop antenna at about 3m from the ground at the lowest point just for receiving.

The DX COMMANDER that I've ordered is the SOTA expedition edition which is a vertical multi-band fan dipole antenna that is very portable and after the first time it's been set up is then relatively quick to assemble and erect. Which makes it a great choice if you want to go portable operation at the top of a hill or to take on holiday in a backpack.

I'm intending on using my one for the most part at the home QTH, so I will assemble it with that in mind. I've already got a modest set of ground radials under the current homebrew vertical which I will be reusing and adding some more from the new antenna.

All I need now is for the courier to deliver it. *** Apparently it's going to arrive by Hermes by the 26th May so fingers crossed.

Recently I've been putting together an APRS i-gate with an APRS Track X1C3 and a Baofeng GT3-WP which seems to work quite well connected to my W300 2m / 70cm vertical antenna on the roof. 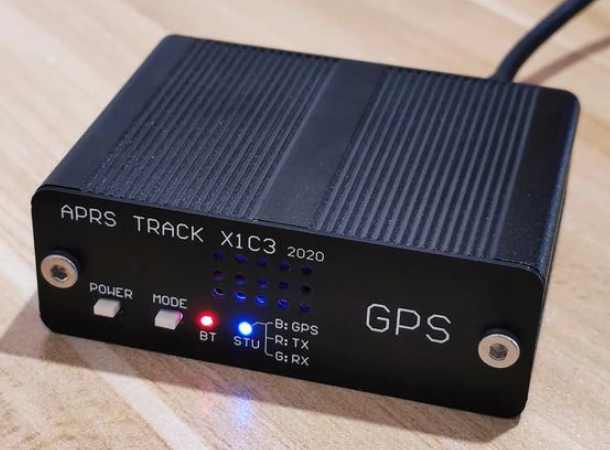 I was able to send APRS tracks from my Anytone 878 in my car for about a three mile radius from the house. The setting up of the X1C3 was fairly straight forward but what I did struggle with was finding an application to run on my computer as the interface to the internet. I've tried quite a few now and Pinpoint seems to be one of the better ones as it's a well thought out user interface that makes it intuitive to use and a much easier learning curve than some of the other applications.